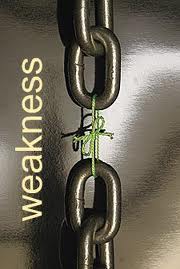 Time to pause in the Strong vs Weak Word series for a laugh. Together we learned how to avoid unneeded words and replace anemic words with robust verbs and nouns.

The comments on this series are funny. For example, on the post about coming up with something better than the word “can,” Commander replied, “Can do, ma’am . . . oops . . . I mean, consider it done! Ahh. That feels better already.”

We are talking to code to each other and sprinkle in the offending word in every comment and reply. You guys are so smart.

Today’s post is a challenge. I’ve written 14 posts on this topic with 18-ish words to avoid. I tossed them in a hat and pulled out nine.

Your mission, should you choose to accept it, is to take the following list of overused or weak words and write one or two sentences, or a paragraph if so moved, using all nine words. Then, write an edited version of the same sentence and post them here in the comments.

Here is my stab at it.

I WENT A FEW times to GO put ALL my PRETTY disgusting THINGS QUICKLY into the garbage.

It took five trips, but I threw every pair of my disgusting socks in the garbage.

Here is a refresher on what we’ve covered so far.

ALL, as in, “ALL the people adore Robin’s blog.” How about bloggers adore it instead?

STUFF, as in, “I put my STUFF in the car.” What stuff? Your ukulele and grass skirt?

ADVERBS, as in, “ I PASSIONATELY read every post on Robin’s blog.” How about “I hate Robin’s nagging blog with a passion.”

INDEFINITE NUMBERS, as in, “A COUPLE bloggers read Robin’s blog.” Be honest, she has two followers.

PRETTY, as in, “It is PRETTY fun to bash Robin’s blog posts.” Maybe it is a blast instead?

INTENSIFIERS, such as, “I am REALLY, VERY, SO hungry. Geez, you sound ravenous.  Why not say it.

THINGS, as in, “The THINGS he did bugged me.” What things? The way he flossed his teeth at the dinner table?

Are you game for this challenge? Bring it on!

If you need to catch up on what I am talking about click here.

P.S. If this challenge evokes any interest, I’ll do a second round with the remaining nine. Also, depending on the response, I may do a post where you can vote on the best, or in this case, worst entry. Prize to be determined.

37 thoughts on “I Challenge You to A Weak Word Duel. En Garde”